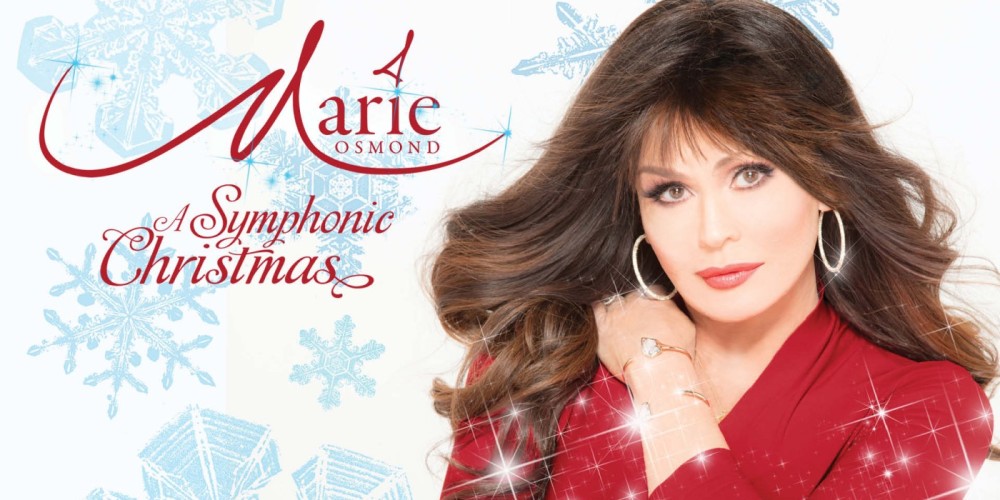 SHEBOYGAN, WI (December 12, 2022) – The iconic Marie Osmond will bring her national touring Christmas show to downtown Sheboygan this Saturday, December 17 at 7:30 p.m. Marie Osmond – A Symphony Christmas will feature a 15-piece symphonic orchestra and many holiday favorites. Patrons are encouraged to purchase tickets in advance.

Marie Osmond has spent more than six decades in the entertainment business performing as a singer, actor, talk show host, Broadway performer, dancer, author, entrepreneur, and public speaker. Most recently, Marie and her brother Donny Osmond ended their 11-year residency in Las Vegas, cementing their stardom on the Walk of Stars.

Osmond starred in three Lifetime Christmas movies: “A Fiancé For Christmas” (2021), “The Christmas Edition” (2020), and “The Road Home for Christmas” (2019). Marie’s return to the screen came after years of co-hosting the award-winning daytime show “The Talk” and authoring three New York Times Bestselling books.

Osmond is a multiple gold and platinum selling artist and CMA winner, garnering numerous Billboard chart-topping singles and albums, including the No. 1 hit “Paper Roses” in 1973 which catapulted her into international superstardom. Her latest “Unexpected” studio album debuted at No 1 on Billboard’s Classical Crossover Albums Chart following its December 2021 release.

With her love for the season of giving, Osmond’s philanthropy has taken center-stage for years. She cofounded Children’s Miracle Network Hospitals, which has raised over 8 billion dollars for children to date. She continues to perform and raise money for children’s hospitals, research, and awareness.

Tickets can be purchased at weillcenter.com, by phone at (920) 208-3243 or in person at 826 N 8th St., Sheboygan. The Ticket Office is open Tuesday to Friday, 12 to 5 p.m. and one hour prior to each performance. Patrons are encouraged to purchase tickets in advance.