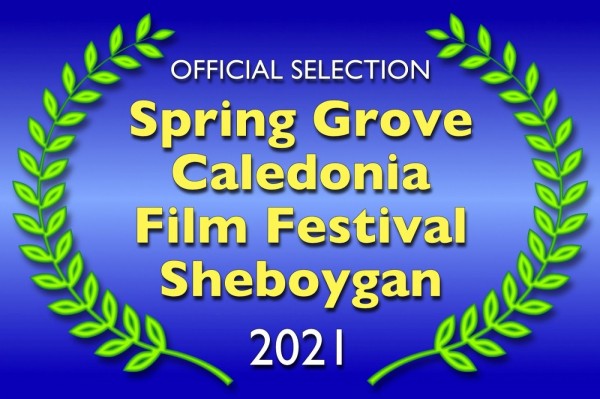 Join us for our Independent Film Fundraiser to help Fund our néw Film “Good Morning Miss America” by Phyllis Yes, in a story of a family struggling with parents suffering from Alzheimer’s and Dementia. Starring the great Ed Asner, his daughter Liza Asner, June Squibb, and Katie O’Regan
_______________________ 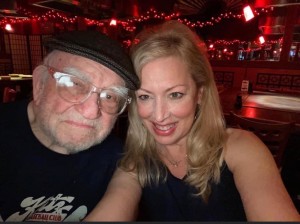 Showtime: 3:30  "A Dream of Touch When Touch is Gone"   Directed by Carl Flink   00:08:11  (Dance Film)
A dream, a vision told through movement of falling into the COVID reality and dreaming of the moment we emerge back to physical touch as an essential need of our society and humanity. "A Dream . . ."  was shot in September 2020 at the height of the COVID pandemic. Carl Flink is the founder and artistic director of the United States based dance company Black Label Movement (Minneapolis, MN) and the Nadine Jette Sween Professor of Dance and Director of Dance at the University of Minnesota – Twin Cities.

Showtime 3:45  “Seeking BigShoes”  Directed by Robert Barhite 00:11:16  (Comedy Short)
Intrepid cryptoclownologist Chris Confettimaker journeys to Wisconsin, hot on the trail of an elusive clown. With the help of Dr. Max Jergens, will Confettimaker finally uncover evidence that proves the existence of elusive "creatures'' known as Bigshoe?

Showtime 4:00 “Burren Girl”  Directed by Rita Davern 00:56:23  (Historical Documentary)
A Minnesota woman searches for the place and people her grandmother left behind. The quest takes her to the Burren: a beautiful, windswept region of County Clare, Ireland. There she finds a clan - and its medieval legacy - that were scattered and lost during some of the most difficult centuries in Irish history.

Showtime 5:15  “Thriving On The Spectrum” Directed by Scott Michael Klumb  00:24:25  (Documentary Short Autism Category)
Our lives were profoundly affected by the COVID-19 pandemic in 2020, but the autism community was hit especially hard. With changes to supports, routines, communication, and much more, the autism community had to find new ways to persevere. Thriving on the Spectrum is a documentary survey of the Denver-Metro area’s autism community in the face of this global challenge.

Showtime 5:45 “SHIFT CHANGE” Directed by Bill Roach 00:35:00   (Documentary Wisconsin Filmmaker)
A story of human resilience. The economic engine of Janesville, Wisconsin was its massive General Motors Assembly Plant. And when the plant shut down, this quintessential all-American factory town went from boom to bust overnight. With a shared determination to survive, they built a practical and sustainable pathway from the depths of a depression to create a vibrant civic renaissance.

Showtime 6:30   “Beauty, Brains and Personality” Directed by Emmett Loverde  01:31:06  (Feature Comedy Chick Flick)
At a monthly dinner party between three female friends, one announces to the others, “Together we make up the perfect woman -- you’re the brains, you’re the personality, and I’M the beauty!” The other two are devastated. Trials ensue, but ultimately the three women are able to define themselves and their friendship beyond a one-dimensional view of beauty, brains, and personality.

Showtime 8:10 “Good Business Sense” Directed by Emmett Loverde  00:20:43  (Dramatic Short)
A businessman proposes to his girlfriend in a private dining room at a fancy restaurant. He uses a business presentation, of course, which upsets her. Luckily a sympathetic waiter is at the ready to make sure things don't veer too far off course.

Showtime 9:00 pm “Reunion”  Directed by M.R. Fitzgerald  00:28:00 (Horror Short)
During a viral outbreak that alters humans into something sinister, a father and daughter risk everything to bring their family back together after an infected loved one is taken by their own kind. What would you do for the ones you love? Would you wage a war for them? Or would you leave them behind? Would you sacrifice yourself to the monsters to protect them? What if you were the monster?

Showtime 9:30 “ Dizzy’s World” Director Robert Lawrence  00:23:00 (Television Pilot)
A young woman is convinced by her self-proclaimed clairvoyant mother that her husband, who is a police officer, will be killed on the job. She follows him to meet the bad guys, turns the tables on them, and saves the day. 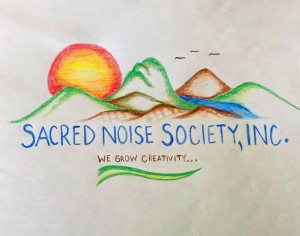 Sacred Noise Society Inc is a 501(C)3 nonprofit charitable organization with offices in Wisconsin, Minnesota and Iowa. This organization is dedicated to growing grassroots creativity, watered with excellence.